England. It’s a place I have dreamed of seeing since I was little bitty. My history lessons about Henry the Eighth’s 6 wives (“Divorced, beheaded, died. Divorced, beheaded, survived!”) and then my love for Jane Austen’s romantic tales set in the English countryside and my more recent overload of Downton Abbey episodes have been a few of the reasons that I have longed to go see the country of England for myself.

It’s the place that the Pilgrims left in search for a different home… the place where sooty chimneys and thick London fog concealed the sky from little children in Dickens’ Oliver Twist and Burnett’s A Little Princess… the place that Alfred the Great, Richard the Lionheart, Elizabeth I, Shakespeare, Queen Victoria, Winston Churchill, and C.S. Lewis (yes, he belongs in this list!!) all called home. If you asked Tex, he could give you an entire other list of great knights and generals and admirals who also flew the English flag.

To be in this land of stories, both true and fictional ones, was thrilling. We are already talking about when we can go back. I’ll give y’all a little run-down of what we did, and hopefully include some descriptions for your imagination to feast upon.

>> We took a C.S. Lewis walking tour in the City of Dreaming Spires, more commonly known as Oxford. I am so glad we did this. Starting at the famous Blackwell’s Bookshop (which was super fun to peruse), we walked from place to place listed on this itinerary to witness several of the places Lewis frequented. My two favorite stops were the University Church of St. Mary the Virgin where he preached his sermon “The Weight of Glory” and the Inklings’ favorite pub which they called “The Bird and Baby.” The town of Oxford is just beautiful, and had a very different feel from any of the other English towns we explored. 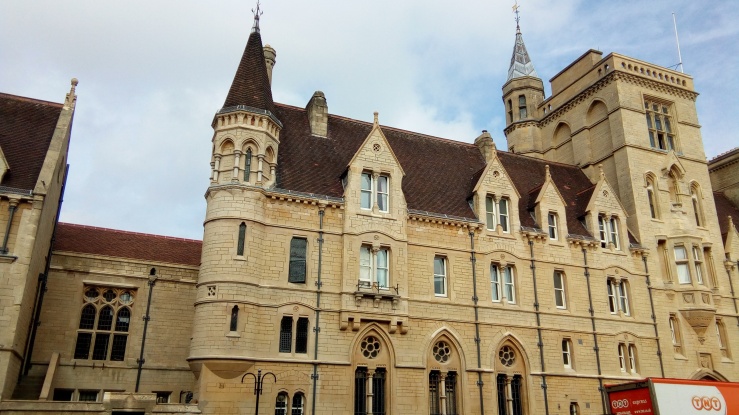 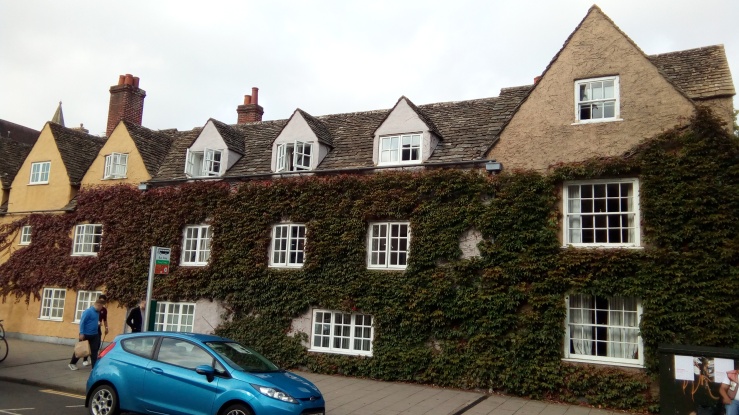 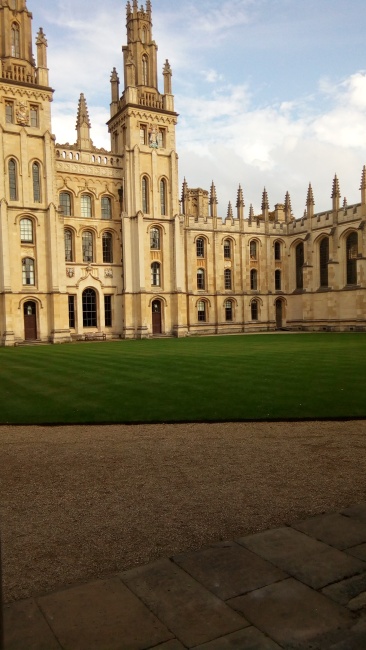 >> We had high tea! I hadn’t ever known there was a difference between just plain old afternoon tea and “high tea,” until a sweet friend recommended it to us. So, we found a place called The Grand Cafe in Oxford that actually offers high tea all day (which, I realize, is probably not the most proper way to do it, but it was very convenient!) and at a much more reasonable price than many of the London venues. From delicate smoked salmon and egg sandwiches to yummy biscuit-looking scones and sweet petit fours, we left feeling as if we had eaten a big meal rather than just an “afternoon tea.” The teas really were delicious. I had a hot peach tea and Tex had Earl Grey (we actually ordered vice versa, but then our orders came swapped, and we were both surprisingly pleased). Poor Tex was comforted by the sight of other men in the cafe… I don’t think this English tradition was exactly his cup of tea, but he was a trooper. 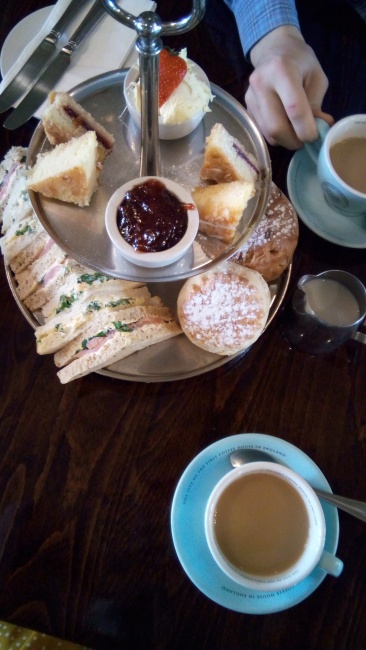 We hopped onto a train that took us from Oxford to Portsmouth via Southampton. I had found some good deals ahead of time through the website Trainline.

>> In Portsmouth, we explored Lord Nelson’s ship, the HMS Victory. This was at the top of Tex’s list of things to see. And it was really neat. This ship was built in the mid 1700’s, and is open for visitors to tour all the levels of it. With the audio guides, we were able to walk through the timeline of the Battle of Trafalgar, but also to glimpse what naval life was actually like at the time. Down in the dark, musty hold of the ship, I was amazed by the hundreds of huge barrels, which were how food was transported and stored. Tex said that he was most impressed by the military functionality of the entire ship, even down to the captain’s quarters.

>> We gobbled up our very first meal of Fish and Chips! Just across the street from the Historic Dockyard is a cute, blue restaurant called The Ship and Castle. After finding a seat and making our orders (by the way, we were thrilled to find that there is free tap water most places in England!), we struck up a conversation with an older Englishman. Turns out, he’s a huge Buddy Holly fan and was so excited that we were from his state. The English people are so very friendly. It seemed like anywhere we went, a kind English voice would pipe up and ask us a question or make some honest comment. 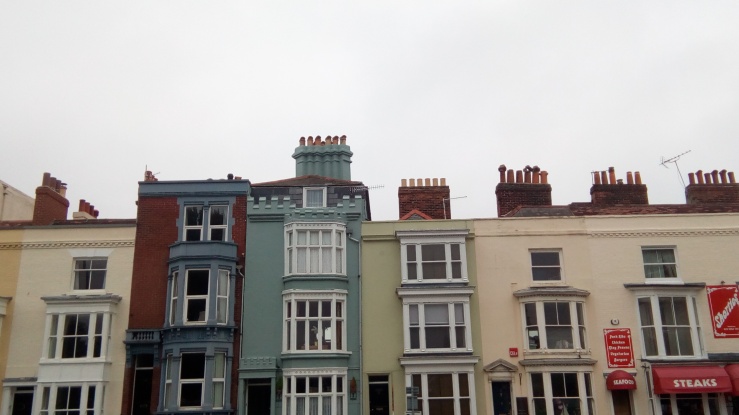 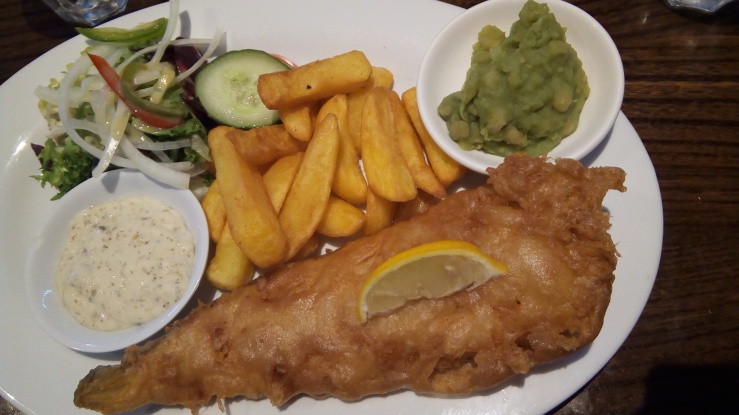 Then we caught yet another train, this time from Portsmouth to London, for the last leg of our trip. The London train stations are massive, just for anyone who is wondering. I’m talking nice shops on the second story and food courts on the ground floor. For some reason, I was not quite expecting that.

>> We enjoyed an evening in London. Navigating the underground stations, stopping for a hot bite at the Southbank Centre Food Market, meandering over to Trafalgar square– these are the main things we did on our first night in London. 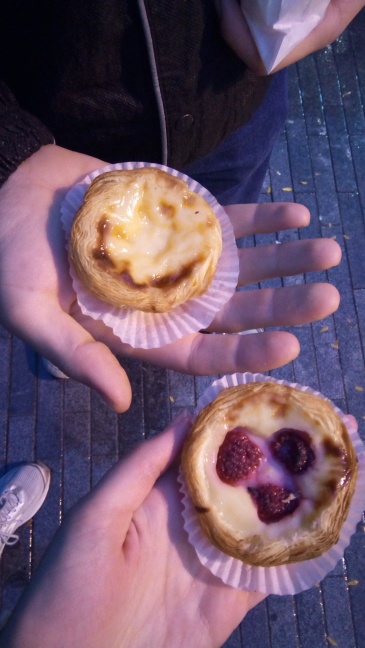 >> For some reason, I thought it was a good idea to book an Airbnb in the suburbs… I won’t go into all the details, but here it is in a nutshell: walking through the dark for a mile in a strange town, a misunderstanding about how to read English addresses, no WiFi, only a couple of screenshots of the map, two wonderful English gentlemen who directed us to the right house, nobody home, figuring out how to open the lockbox, and four shining eyes glaring at us as we step inside. Thankfully, they were nice cats.

The next morning began our full day in London! 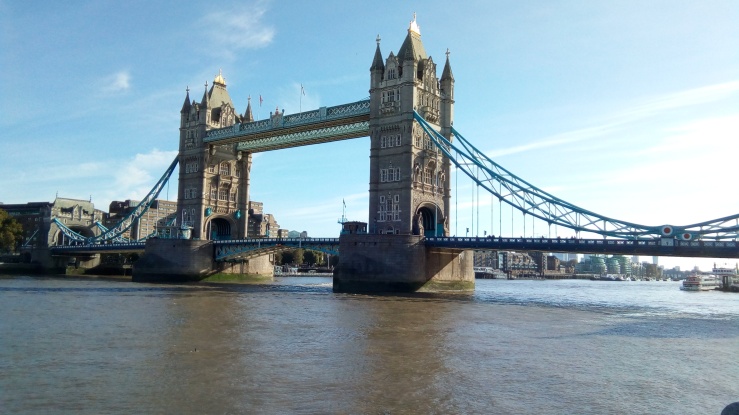 >> We ventured through the Tower of London. This was one of the coolest stops we made. It is still hard for me to wrap my mind around its multifaceted significance over the past 10 centuries. Built in the time of William the Conqueror, the Tower has seen the mysterious disappearance of Edward IV’s two young sons (whose skeletons were found under a staircase in the Tower), the execution of Anne Boleyn (the second wife of Henry VIII and mother to Elizabeth I), the imprisonment of Elizabeth before she became queen, and the torture of Guy Fawkes. Morbid, I know. But the Tower has also played an important part in the minting of the country’s money and housing of the Crown Jewels. For almost one thousand years, the English royalty used the Tower of London for these and many other purposes. One quick note: we got to see the Crown Jewels with our own eyes! I hardly knew such enormous diamonds existed. 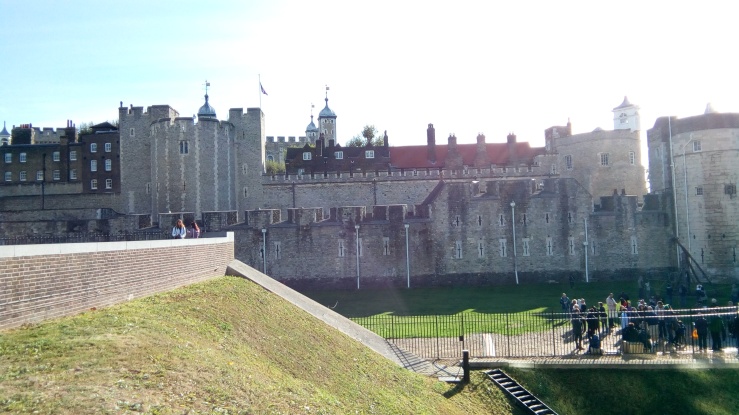 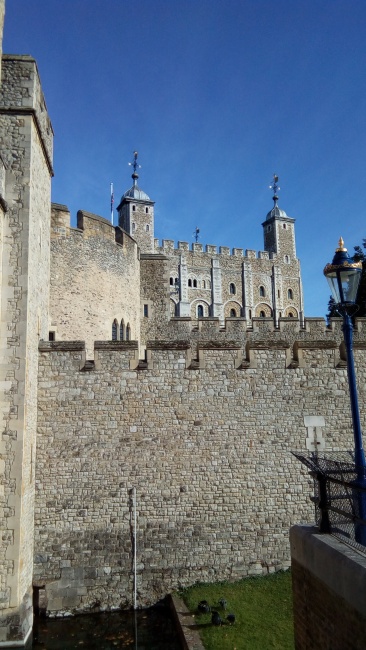 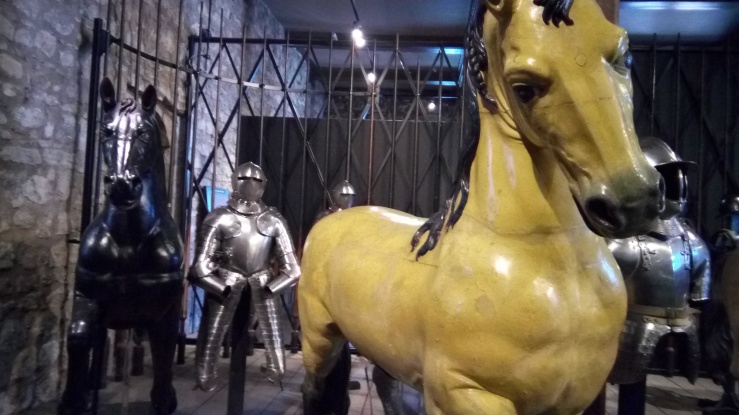 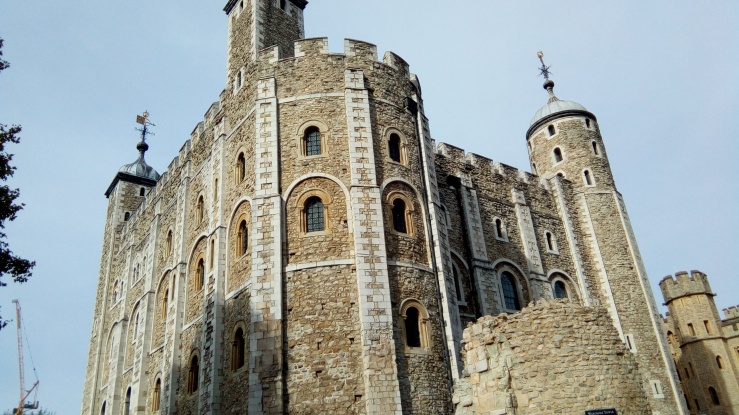 >> We ate a truly English meal at a stately pub called The Hung, Drawn, and Quartered. Guess where it was… Right across the road from the Tower. Ha! It was much nicer than it sounds. Here, we feasted on lamb and mushroom pies, which were downright tasty. We both agreed that it was our favorite meal of the trip. I want to learn how to make them! 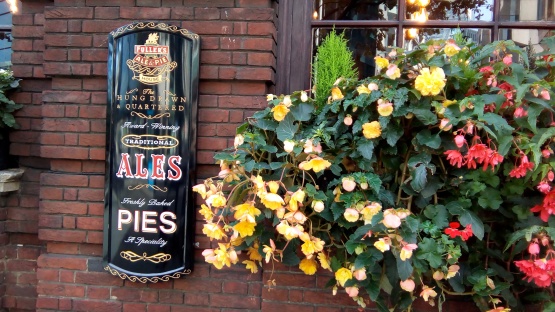 >> We spent the rest of the day speed-walking past as many as we could of the most iconic London sights. We strolled over to see Shakespeare’s globe, stepped into St. Paul’s Cathedral, walked all the way to Buckingham Palace, and finally found Westminster Abbey and Parliament right as the sun was setting. The only place we slowed down to a more leisurely pace was in the Covent Garden Market, where we peeked into all sorts of delightful little shops. Tex and I enjoyed the bustling city even more than we thought we would. And honestly, we hardly scratched the surface. Now that we have a general idea of where things are and how the transportation works, I’m ready to go back and experience more. Already!

The Great Fire of London Memorial 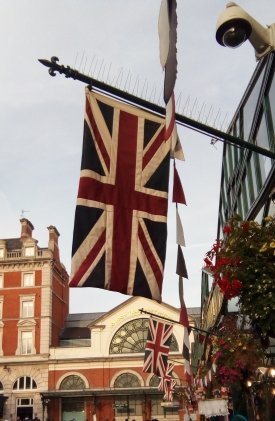 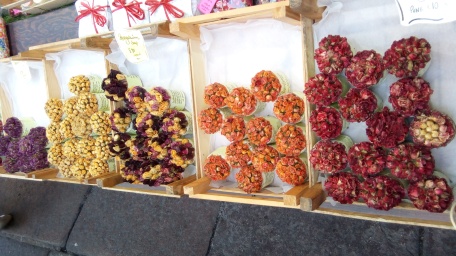 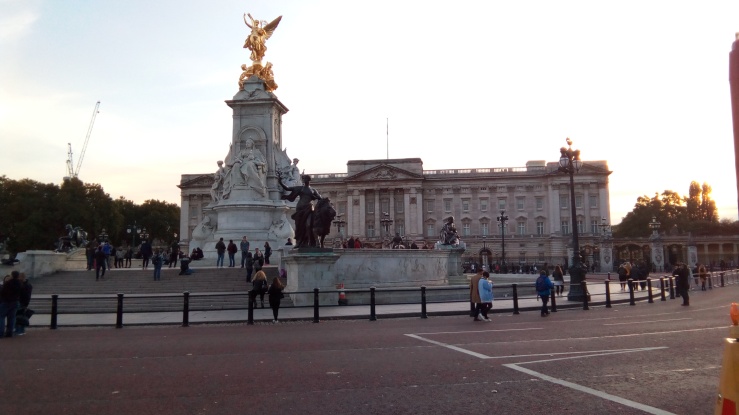 Wow, that’s a lot of buildings. Maybe next time I’ll have more variation in my pictures!

Have I mentioned how wonderful it was to be in a land where English is the common language? Oh my. We were able to actually order what we wanted at restaurants and to understand where a given train was supposed to stop. Not to mention the daily necessities of “Excuse me,” and “How much?” and “We’re ready to pay.” I had no idea how much I’d missed the English language!

View all posts by havie7

3 thoughts on “A Whirlwind Trip in Southern England”